May 17th A Final Letter to my Boss from Peru

So many incredible things have happened since my last letter that I hardly know where to begin.

I’ll start with the best news first – I’m hitchhiking back to Wisconsin and our dear Henry is coming with me!

Yeah, trust me when I say that I’m every bit as surprised as you are.

I’m sure you can imagine my astonishment when I happened to chance upon Henry along the trail to the ancient Incan city of Machu Picchu… no, on second thought it wasn’t chance at all, but fate.

It was pure fate that reunited me with our most prized llama whom I found plodding  up the very same rainwashed path I was traveling on.

I am now certain that fate will soon carry us over the Andes, clear our path through the Amazon, and deliver us safely out of South and Central America without anymore major calamities to report.

Eventually, fate will see us all the way back to the Badger State where I can finally be restored to my rightful position as lead de-fleecer at Shear and Shave Llama Services. As you must know, in your heart of hearts,  my position at your company was outright stolen from me by that dastardly Senor Juan-Know-It-All-Espinoza. Still, I hold no grudges against the man and pray one day he will realize that he’s a useless human being and llama grooming just isn’t his cup of tea.

Thus far, Peru has certainly been no picnic -but don’t you worry none about me, Mr. Morino! I now have Henry back by my side and I believe the worst of it is definitely behind me.  To be honest, it’s Henry I worry about the most. His heart was broken way up there on that mountain and losing love brings tremendous hurt – even to a wooly, old guanaco llama.  Although my llama translating skills are a bit rusty, I was able to get the gist of what happened to Henry through a series of  tail, body, and ear postures coupled with humming and a high-pitched rhythmic shrill. Basically the story Henry told me went something like this:

For me it was love at first sight.  Though she was traveling down from the highlands within a harem of five other females,  she was the only llama to catch my eye. She had an elongated neck, the roundest muzzle, and the cutest cleft lip I’d ever seen. She was the kind of llama that could make your wool unfurl and stand up on end. Her name was Lena and she was beautiful.

I thought I could just ignore those passions stirring within me. I wish now I would’ve simply turned and pranced away. I knew how much you needed me and how worried you’d be if I lingered there any longer, but it wasn’t I who betrayed you; it was my cursed, infatuated heart. I was unable to break my gaze away from her and she soon captured those stolen glances with long fluttering eyelashes over big cow-like eyes. She had me with that look and everything after that was sunny skies and alfalfa sprouts- life was good!

When she told me she was pregnant I was so overjoyed that I believed my chest would just burst. So surely you can imagine my shame, disgust, and hurt when Lena, surrounded by the entire herd, gave birth to an alpaca half-breed. She tried to say it was just a runt and that the little cria was mine. She wasn’t pulling the wool over my eyes though; those pointy ears and that hairy little face was telling a much more scandalous story!

“I don’t need your baby llama drama!”, I told her. “This llama is going back to Wisconsin where the only worries I’ll have is being made to stand six hours in a covered corral for a silly 4-H Best of Showmanship award!”

So that was that and now Henry is every bit as determined to make it back home as I am. Aside from my constant hunger pangs, I’d say we both were faring pretty good under the current circumstances.  After a recent dinner ordeal involving poisonous berries and glow-in-the-dark grub worms, I’ve resolved to mimic Henry’s diet regiment by sticking to lichens, tree foliage, and native shrubs.

Eating like a llama really isn’t all that bad;  although I still haven’t quite mastered that whole cud regurgitating technique. It’s amazing how much a person takes food for granted until they’re reduced to eating flower petals and mysterious prairie biscuits. Oh, how I would give my left arm right now for just a handful of honey-roasted peanuts ! Truth be told, it was those honey-roasted peanuts I found in the abandoned missionary’s camp that proved to be the real life-saver. How did honey-roasted peanuts save my life, you ask? Well, it wasn’t from starvation if that’s what you’re thinking. I had a much more sinister demise awaiting me.

If you recall from the last letter I sent, that witch doctor, Cocobo, seemed to become more hospitable the longer I sat dangling in that smelly cage. When he informed me that I was to be his guest-of-honor in a barbecue being thrown for the Imajaeatcha people, I just knew things were definitely looking up for me. Well, I waited and waited in that cage while they incessantly beat their drums and danced around…beating and dancing… beating and dancing…

Yeah, I knew it was rude to spoil my appetite just before a dinner invitation but I was getting really hungry and those two packs of honey-roasted peanuts were still stowed safely away in my pocket for just this sort of occasion.  I hadn’t popped but a few handfuls of them into my mouth when I noticed the Imajaeatcha people heading my way. At the head of these two advancing columns was the witch doctor, Cocobo. He was clutching a knotted staff in his right hand; its head smartly adorned with a miserable, shrunken head. As he marched, Cocobo swung the curious staff wildly into the air; keeping tempo with the beat while leading his ghastly jungle parade straight towards my cage.

Not certain how long it would take to prepare the food, and still feeling rather famished, I quickly jammed any remaining peanuts into my mouth before the natives reached the vicinity of my cage. It wasn’t but a second later, I was being swiftly lowered to the ground through a rudimentary system of ropes and pulleys.

Once grounded, Cocobo unlatched my cage and quizzically examined the fullness of my face. “Ya’ eating something?”, the witch doctor asked.

I fibbed by shaking my head no. The Imajaeatcha people silenced their drumming, lowered spears, and curiously leaned in towards my cage to gather a whiff.

“You most certainly are eating something”, Cocobo replied. “Open your mouth!”

There was no use trying to hide it at this point, I had been caught.

“It was just a handful of peanuts”, I confessed, “but by no means did I spoil my appetite.”

“What was that?” the witch doctor inquired.

I leaned down and picked up one of the small empty packets lying on the cage floor and held it up for all to see. “It was just a small pack… Just a small pack of honey-roasted peanuts.”At the mere mention of “peanuts”, all of the Imajaeatcha people let out a shriek and took a sudden step back from my cage. 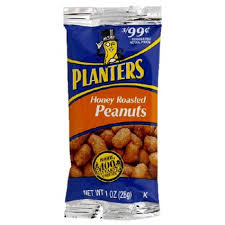 Now there’s a certain fact concerning the Imajaeatcha people that’s not widely known outside their inner circle. The Imajaeatcha people are deathly allergic to peanuts and they always have been. The Spanish learned of this in the 1500’s but that knowledge was long ago carried with them back to Spain. The monkey king, Cheechee, knew of this as well but was bound to total secrecy.

The sinister witch doctor, Cocobo, who’s lived for years amongst the Imajaeatcha people, truly had no idea they all suffered from peanut allergies. Nevertheless, when the Imajaeatchas discovered I’d  been eating the noxious nuts, they instantly became convinced that the  witch doctor had devised this elaborate plot to kill them. Perhaps Cocobo’s long history of failed potions and bitter medicines had eroded any trust that once existed between him and the Imajaeatcha people.  Perhaps none ever really existed at all. Regardless, the Imajaeatchas were certain my invitation to supper was all but a sinister scheme to serve up some badly tainted food.

I guess I should’ve felt angrier upon learning I was to be the main course at the Imajaeatchas’ barbecue, but I couldn’t help but to feel sorry for that bony little nose-ringed fellow. Oh, Cocobo tried everything in his power to reason with them.

“How would I even know you were all allergic to peanuts when I’ve seen you eat everything else under the sun including everybody we’ve ever met?”

He tried desperately to plead his case.

“Please don’t eat me! Where will you find another witch doctor who can do as good a job witch-doctoring as me?”

I thought Cocobo brought some valid points to the table, but I guess those natives weren’t all that impressed. In the end, the Imajaeatcha people passed on the Wisconsin bred, all-white-meat barbeque. I can’t say they made the tastiest decision, but I didn’t dare argue that point.  As it turned out, they had a hankering for more of a localized dish; something resembling a gamey Peruvian dark-meat stew. 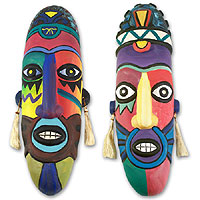 In closing, give my regards to Linda. I’m certain my next letter will be written from a safer place, far removed from the nasty jungles of Peru.


Posted in South America, Tall Tales and Big Fish Stories and tagged llama, Machu Picchu, peru by Big John with no comments yet.