Dec 18th A Second Letter to My Boss, from Peru.

It’s been several weeks since I sent that first letter and I’m starting to believe I’ll never make it out of Peru . The majority of those ill-fated days that have since passed, I’ve spent here in agonizing captivity. As I sit, suspended high above the jungle floor, I can’t help but assign blame to the man responsible for all of this… Senor-Juan-Know-It-All-Espinoza! Even now, locked away in a lofty bamboo cage, I can scarcely bear to speak his name. In my absence, please tell Linda not to allow Juan to touch any of my trade tools; especially not my hand shears or my Heiniger shearing kit. If I ever make it out of Peru, and I’m restored to my rightful position at Shear and Shave Llama Service, I will ensure Juan Espinoza never shaves another LLama again… so help me God!

Now concerning the details surrounding my captivity, it seems they finally got me, Mr. Morino. Those heinous monkeys got me just like I said they would. The entire harrowing event unfolded not long after my missionary friend returned from the Ucayali region. At first I just thought he was upset because he found me sleeping in his tent again. I tried to calm him down. I even showed him that I hadn’t left anymore crackers in his sleeping bag. But then he said things were much more serious than that. He said he would be breaking camp immediately and that if I had any sense I would find a way out myself. The missionary stated to me that his trip to convert the natives had been cut short. He said things were no longer safe and there were rumors afoot in the jungle….dark rumors.

The monkeys were coming, he said. They were coming for me and any other outlandish soul who dared to remain in this jungle region of  Peru for even one more day. According to rumors, the monkey king Cheechee had formed an alliance with Cocobo, the sinister witch doctor of the Imajaeatcha people. They were planning something devious, details not forthcoming; but the entire plan was sold to the monkey king for five jugs of 90 proof jungle punch.

I begged the missionary to take me with him. I pleaded with him to get me out of this bedeviled place. Still, he refused to let me tag along. He told me he was flying out of Peru in a 2-seater Cessna 177 and that the pilot wouldn’t want me sitting on his lap the entire way. Before he left, he offered me some sound advice. He said don’t wait for the monkeys to come and find you. Go to them. Extend your arm in a gesture of peace. Offer them some kind of gift…anything to serve as a token of your friendship. 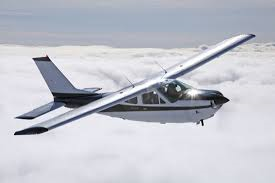 Just as soon as my missionary friend had gathered his essentials and bugged out, I scoured the grounds of his primitive campsite. I needed a gift for the monkeys; something they would truly enjoy. As luck would have it, fate was smiling upon me that day. The missionary had left a Styrofoam cooler wedged into some rocks down at the stream. You wouldn’t believe what I found inside!

Much to my wonderment… much to my surprise, I discovered a 12-count unopened box of banana popsicles! There is not a single monkey in all the jungles of Peru that wouldn’t sell his own sister for just one banana popsicle. I was quite confident that me and these monkeys could now come to some sort of amicable agreement. 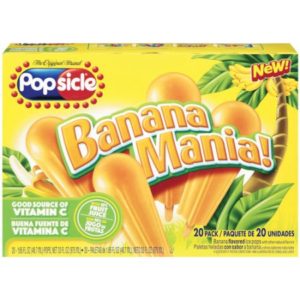 When I started out on that one-hour journey to the monkey encampment, everything seemed to be going just fine. Sure it was a bit warm outside, but I was pretty much acclimatized to the subtropical conditions by this point. I was still about fifty yards out when the clan of them came swooping down from the trees and encircled me. The monkeys growled and bared jagged sets of menacing teeth. They danced circles around me, hooting and hollering; all the while beating their fists upon their brawny chests. I just knew I was done for. I just knew that my journey had come to a grievous end. My entire life began flashing before my very eyes. Then I thought of Henry. I thought of him plodding down the mountain and stumbling upon my meager remains. I thought of my home back in Wisconsin and my job at the Shear and Shave Llama Service; and then…and then I thought of Senor-Juan-Know-It-All-Espinoza. If I were to be torn apart by these vile monkeys, then Juan would certainly be the first to lay claim to my hand shears and my Heiniger shearing kit. I had to survive!

Dropping to my knees, I placed my left hand over my eyes and threw my right one into the air.

In an instant, everything became eerily quiet. Warily, gingerly, I slid trembling fingers down the contours of my face and surveyed the scene that lay before me. King Cheechee had pushed his way through the crowd of primates and was now towering over me; his face appearing oddly expressionless. He examined the box I was holding, struck a quizzical pose, and then snatched the thing right out of my hand.

It’s the strangest thing to see a monkey smile; even stranger to see one smiling in the Peruvian jungle while holding a box of 12-count banana popsicles. At any rate, I was very relieved to see that the gift I brought was much appreciated.

Perhaps, had the fierce rays of the sun not pierced through the trees to such an extent; perhaps, had the trip to the see the monkeys not taken quite as long; perhaps, if my life wasn’t such a long drawn-out series of unfortunate events, then I might have ended this letter with much happier news to report. I can say though that what happened next taught me a very valuable lesson about monkeys. They get extremely angry when they reach into a 12-count box of banana popsicles and come out holding just a bunch of sticks! 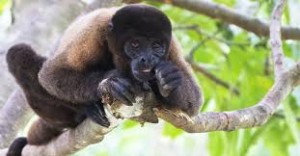 After being set upon, beaten unmercifully, and violated in every unspeakable means imaginable, I awoke to find myself perched high up in this cage. For the most part, the time spent in this cage thus far has been free of any further abuse or molestation. Queen Patootie periodically climbs into my cage to pick nits out of my hair with her teeth; but those sort of things around here are really quite expected. I’ve also observed that Cocobo has been coming around a lot more in recent days. Surprisingly the witch doctor has a rather pleasant demeanor. He even allowed me to write this letter. The most unexpected news is that his people are throwing a barbecue tonight and I’m to be the guest of honor! I told Cocobo I hope they weren’t planning on serving piranha because I don’t eat fish.

Well, I had better end this letter for now. There’s a lot of drum beating that’s just kicked up below and I think they’re heading my way. Please attempt to track down that missionary, get my location, and send a rescue party my way. When help comes… if they actually find me here, make certain they’re carrying with them a lot of banana popsicles. Those sweet and sticky treats are the only thing that will save a person trapped in the tangles jungles of Peru.

PS. Once more, please express to Linda how sorry I am for shaving her head. In all honesty, it’s probably a much better look for her. She always seemed to have this weird frizzy thing going on with her bangs.

Thank you for reading this tragic story to its completion. Please visit my site again soon to hear the rest of the story. In the meantime, feel free to explore other areas of my blog, post a comment, and share some love on social media.