May 24th A Leatherneck with a Saxophone Takes to the Pacific

In this article, A Leatherneck with a Saxophone Takes to the Pacific,  we will embark on a historical journey and travel back to a time when the entire world was engulfed in war.  Along the way, you will meet a patriotic young man with a love for his country and a song in his heart. This post is a brief glimpse into the life of a leatherneck who carried his trusty saxophone into war and brought the joy of music deep into the hellish jungles of the Pacific.

This particular Marine has a special place in my heart for he is my paternal grandfather, Richard Edwin Cutler. Though I never had the privilege of really getting to know him, I’ve heard the extraordinary music he once created could  jazz up even the most unlikely of venues. 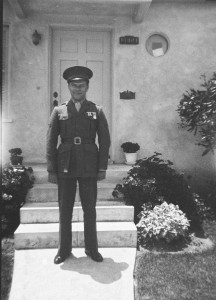 My grandfather, Cpl. Richard Edwin Cutler, standing tall in his U.S.M.C. uniform (circa 1943). 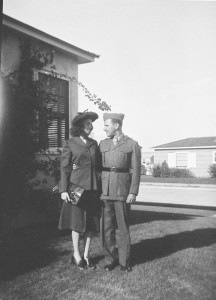 Richard embraces my grandmother, Lauretta, shortly before shipping off to the Pacific Theatre of War. Like so many other women of that era, my grandmother stayed behind and worked as a riveter on military aircraft. 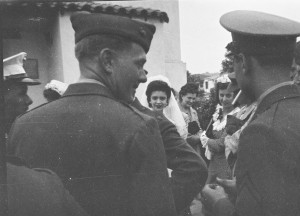 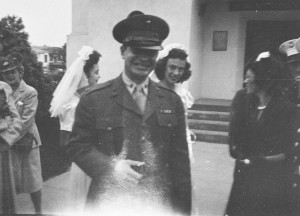 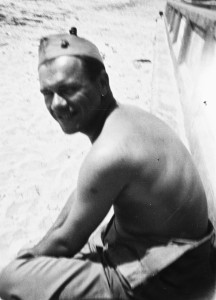 One of America’s finest ready to do his part for the war effort. Tokyo or bust! 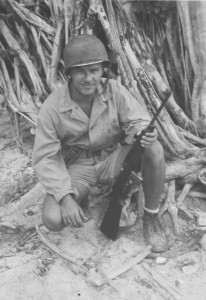 In September, 1944, the 12th Defense Battalion landed in Peleliu, where they endured some of the most heated fighting of World War II.  During the bitter fighting on Peleliu, the 12th Defense Battalion gave support to the 1st Marine division while it fought valiantly to take control of this small Pacific island.  Though these brave marines eventually proved victorious; the fighting they endured was later described as “the most heavily fortified ground, square yard by square yard, Marines have ever assaulted.” 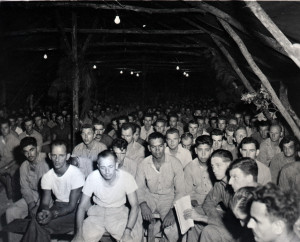 War-weary Marines huddled together in a bunker house on Peleliu. Although I do not know the reason for such a large gathering, I would like to believe they are awaiting the USMC band and a lively USO show. 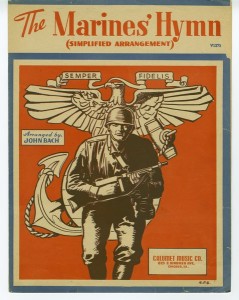 An example of a leatherneck hymnal in WWII. 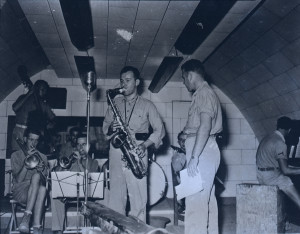 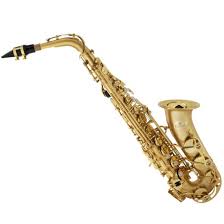 Though he could do damage with a rifle, this Marine became quite the legend with a saxophone slung around his neck! 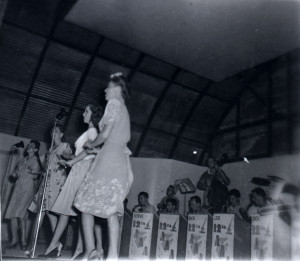 Cpl. Richard “Dick” Cutler plays his saxophone as the pretty girls sing and dance on stage (3rd bandstand from left). 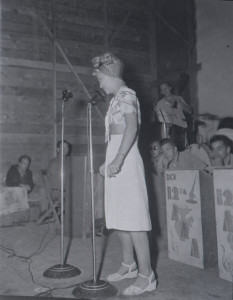 I haven’t been able to identify any of the females performing on the stage but they were most likely part of a traveling USO show. Perhaps a visitor to this site might one day be able to provide us with more information. 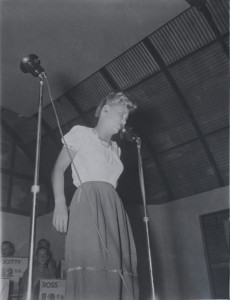 This lovely brave soul traveled so far away from the safety and comfort of her home, just to sing to the boys and perhaps put a smile on their faces. 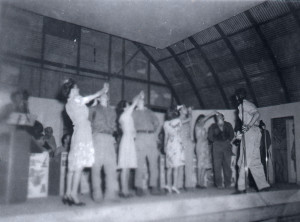 Bottoms up fellas and drink up. You devil dogs definitely earned it! 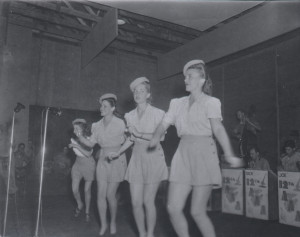 Aren’t they lovely! What a sight for sore eyes! 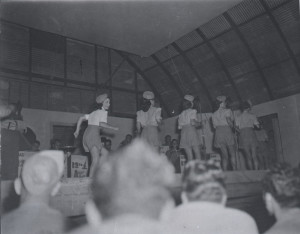 I know those young Marines hated to see them walk off that stage! 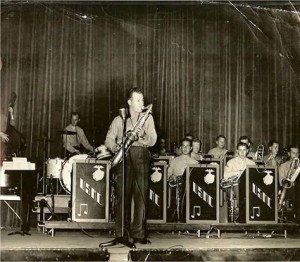 Do your stuff, Gramps, and make that saxophone sing! 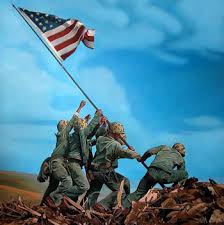 Unlike many of his comrades, Richard Cutler would survive the war and make it back home. Had he not, I obviously would not have been here to write this post. Although I did not know him very well, I can appreciate the service and sacrifice he and other Marines made during the second World War. Following the war, Richard Cutler went on to entertain all he could with his musical talent and trusty saxophone.